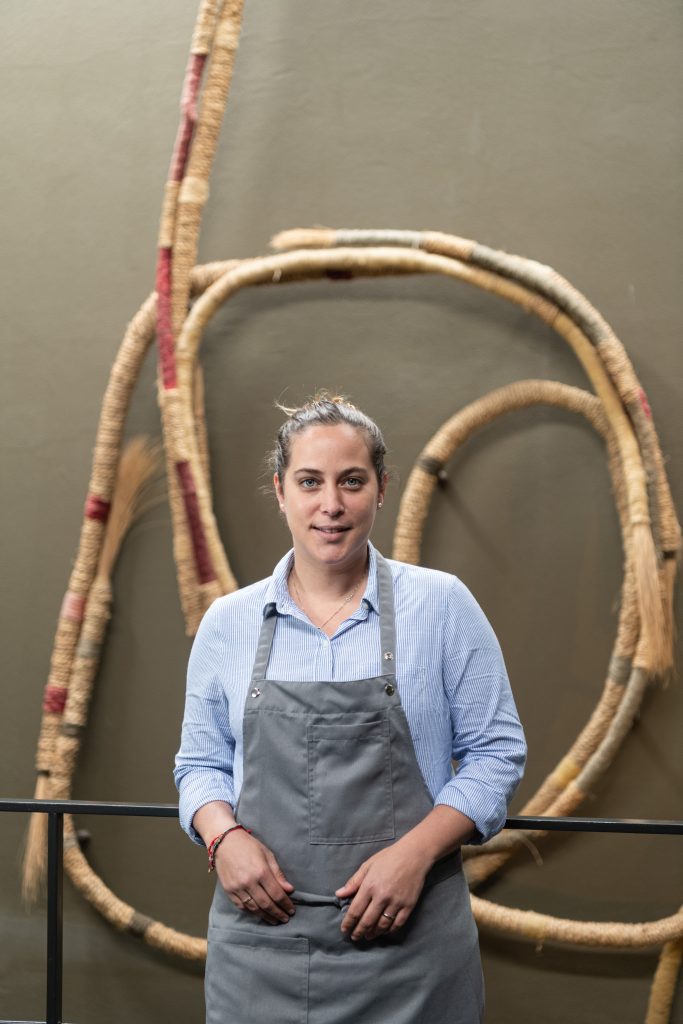 She explores products from every region, studying and analyzing them with extreme dedication and unmatched passion. And she creates. Each dish is an exquisite experience that bears her thumbprint. Pía León’s cooking is pure cuisine d’auteur.

“Being a chef or a cook means being a leader, a guide, a role model for a team of people. I always wanted to be a cook,” says Pía León, the best female chef in the world in 2021, according to The World’s 50 Best Restaurants. For the creator of the restaurant Kjolle, cooking is not a job. “It’s part of my day-to-day life. It connects you to not only food, but to nature, geography, people, culture. It’s a big job (being a cook).”

At the age of seven, she was already playing in the kitchen, helping her mom. She says her first adventure was a lime pie.

She studied at Le Cordon Bleu in Lima. She did her internship at Astrid & Gastón. She spent time in the United States, where she worked at the Hotel Ritz. After returning to Lima, she applied to work at Central, where the great Virgilio Martínez interviewed her but didn’t hire her. She kept at it until she was given a job and made an assistant in the cold prep area. She soon ended up in charge of the area before moving up to head cook. It’s no secret that this kitchen was also the birthplace of Virgilio and Pía’s romance, as well as a series of professional projects that have put them at the top of the international culinary world.

She needs few words to define the cuisine d’auteur she offers at Kjolle: “It’s an expression of the way we see nature.” The experience at her restaurant, which is named after a small Andean tree with golden flowers, is based on learning about products from Peru’s different geographic regions with elegance and passion, virtues which Pía expertly combines. The restaurant’s kitchen gets its supplies from Mater Iniciativa, another one of the couple’s great ideas.

Pía promotes a joyous kitchen, where people come to cook with positivity. “It’s not a very serious place, but that doesn’t mean I’m not strict. Kjolle’s kitchen is filled with a merry spirit, as well as a drive to continue growing, always motivated, always professional, always trying to go above and beyond.”

And Pía’s dream? To strike “a good balance” between her job and her family.