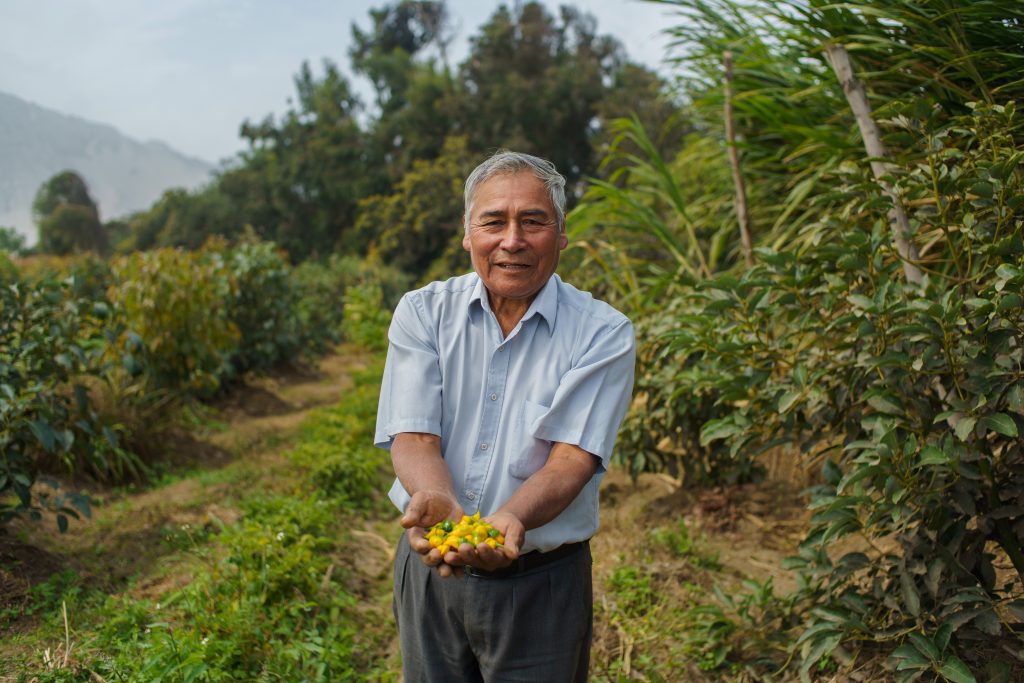 On a quest for a protected designation of origin (known as a denominación de origen in Spanish), this ancient vegetable once used by the Moche culture is now waiting for its proper due, with hopes of soon traveling across Peru’s borders. A small group of farmers is chasing a huge dream: official recognition of the ancient ají mochero chili pepper.

“It’s the only one like it. Its characteristics are unlike any other similar product; for instance, the aroma and flavor it gives off. It’s very spicy, but its aroma is what really makes it stand out,” says Manuel Fernández, a farmer and chemical engineer who is part of the team of smallholders who have been working tirelessly in their quest to share the value of this captivating chili pepper. “It was almost extinct. Thanks to these farmers’ perseverance, it is now on the tables of the most noted gourmands in the country.”

But the ají mochero is not only earning a name in the immediate vicinity. It can be found throughout northern Peru, as far away as Catacaos in Piura. Nationwide, it has gained special recognition among connoisseurs, attracting support from a number of specialized groups, universities, and chefs such as Gastón Acurio, Héctor Solís, Fernando Vera, Luis Romero Bellido, Roberto Grau, and more.

“Its characteristics make it perfect for cebiche, our flagship dish,” says an enthusiastic Manuel, who founded the Renacimiento Campiñero association to revive ancestral crops like the ají mochero and position them in the marketplace. Seven men and four women form part of this steadfast group, working day after day to foster appreciation for these crops.

“We have a product of truly unique quality,” stresses the agronomist, noting that he has sent the ají mochero to Barcelona, Spain. “Right now, we are taking the very first steps. It may not be until our children’s generation that people fully grasp things.”

The Casa del Ají Mochero is an initiative aimed at sharing this crop’s added value. Here we find it dehydrated in powders, in sauces, cured meats, and liqueurs. The members also use the paste made from macerated ají mochero as a filling for sweets. And they are still working on creative new presentations to demonstrate this chili pepper’s versatility and wide variety of uses.