The Guardian of Papas Nativas 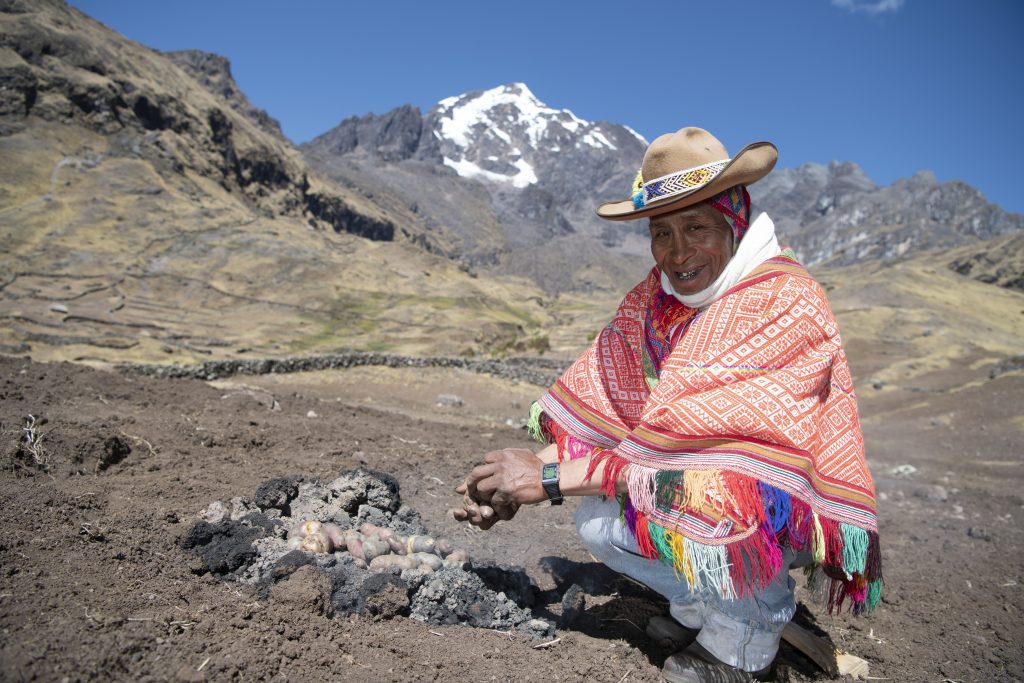 Julio Hancco Mamani preserves 450 different varieties of potato at an altitude of 4,800 meters (about 15,750 ft.) above sea level. For him, this tuber is almost like another child, and he cares for it with tenderness and dedication. Ladies and gentlemen, introducing the guardian of Peru’s papas nativas.

He only went to school until third grade, but he would find his wisdom in the fields from a very young age. Julio Hancco Mamani inherited 180 varieties of potato and has since increased this number to 450, not to mention other tubers such as mashua, oca, and olluco. A strict but friendly guardian, he is proud to keep his father’s and his grandfather’s legacy intact, passing on to his seven children a love for the Peruvian potato.

Julio Hancco is 68 years old and lives in the peasant community of Pampacorral, in the district of Lares, Cusco, at 4,800 meters (15,750 ft.) above sea level. There, he has earned recognition for his commitment to this tuber, which he sees as being “like another child” and the very definition of food.

He can still remember trading potatoes for bread when he was little. That was how life was back then, when he couldn’t go to school because it was far away and he was poor. “I regret not going to school. If I had, my Spanish would be better now. The earth is also a source of knowledge, though. You can’t deny that,” he says in Quechua, sitting next to his lifelong partner, Rosa Melo Quispe, who also grows varietals of papa nativa (Spanish for “native potato”).

“You know what my dream is? To work, preserve, and multiply the varieties of potato that my grandfather left me. To let the rest of the country know about them so they will come visit me. I knew from the time I was a boy that I would be a conservationist of the potato, and now I want the world to know what we have,” says Julio, who is a member of the National Association of Ecological Farmers (ANPE). He has found that the best ways of continuing to discover new potato varieties consist of experimentation and the exchange of knowledge with other farmers.

“I feel proud to pass on all that I know about potatoes,” says the man known as the “star potato farmer” or “king of the potato.” According to Julio, however, the best way to describe him is as the tuber’s guardian.