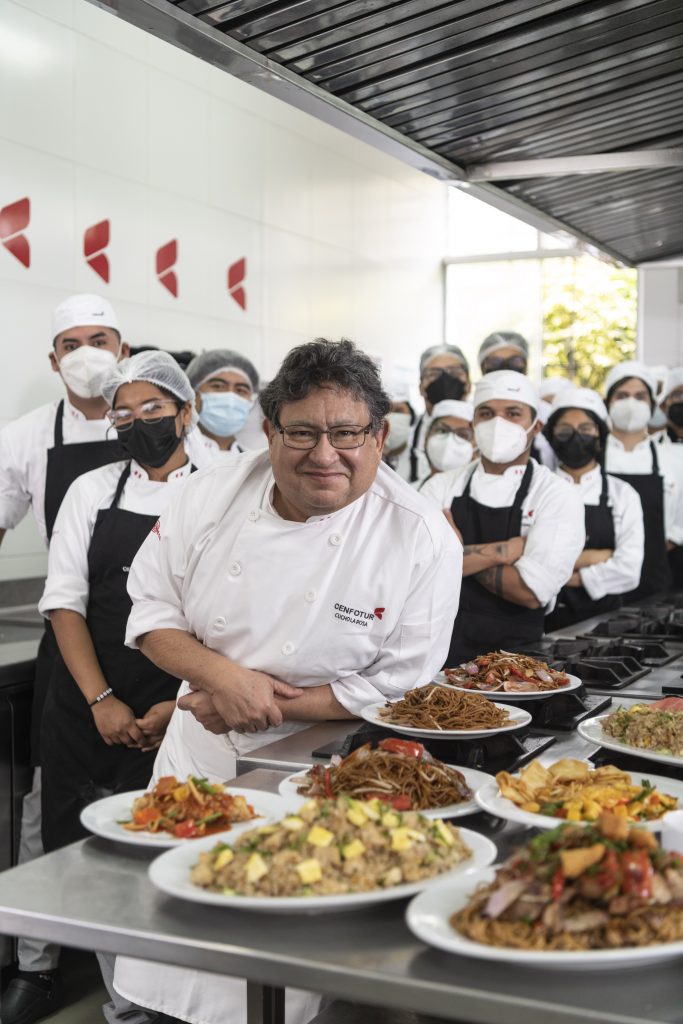 There are two clear themes in the culinary history of Don Cucho La Rosa: vanguard and tradition, words that he proudly repeats and patiently explains. He finds it impossible not to mention his great friend Bernardo Roca Rey, with whom he worked shoulder to shoulder on the concept of cocina novoandina, or New Andean cuisine. He also highlights the strides made by Criollo and regional cuisines, as well as seafood dishes. With this incredible expertise, he has grown into a formidable teacher.

The little boy who started out serving fried cojinova fish at his father’s restaurant on Jirón Ocoña says he learned to cook from the time he was a youngster, perhaps disastrously at first, but he gradually became a chef with the ability to work wonders in the kitchen. First, however, came the stage of watching, learning, and grasping the essence of cooking.

If there is one challenge we still need to tackle, it is the “discovery of traditional cuisine, which includes regional variants,” says Don Cucho in his firm, energetic voice, adding, “We have a parallel world that runs alongside tradition, which is New Andean cuisine, cuisine d’auteur, creative cuisine.”

His great legacy is his passion for experimentation and teaching. “There is always so much to learn about Peruvian cuisine, about its traditions. For example, did you know that lomo saltado is not Chinese?”

What about cebiche? Cebiche, says the maestro, has opened the door for us to step onto the international stage, but it is also the dish that we have most thoroughly mistreated “in the name of our individual whims. Each cook adds whatever his ego decides to throw in there.” He questions any exaggerated sense of creativity or egos run wild.

“Peruvian cooks must be students of cuisine. They have to be curious. They have to read and remember that creativity is good, but tradition should always be respected,” argues Don Cucho, himself the author of a number of books on food.