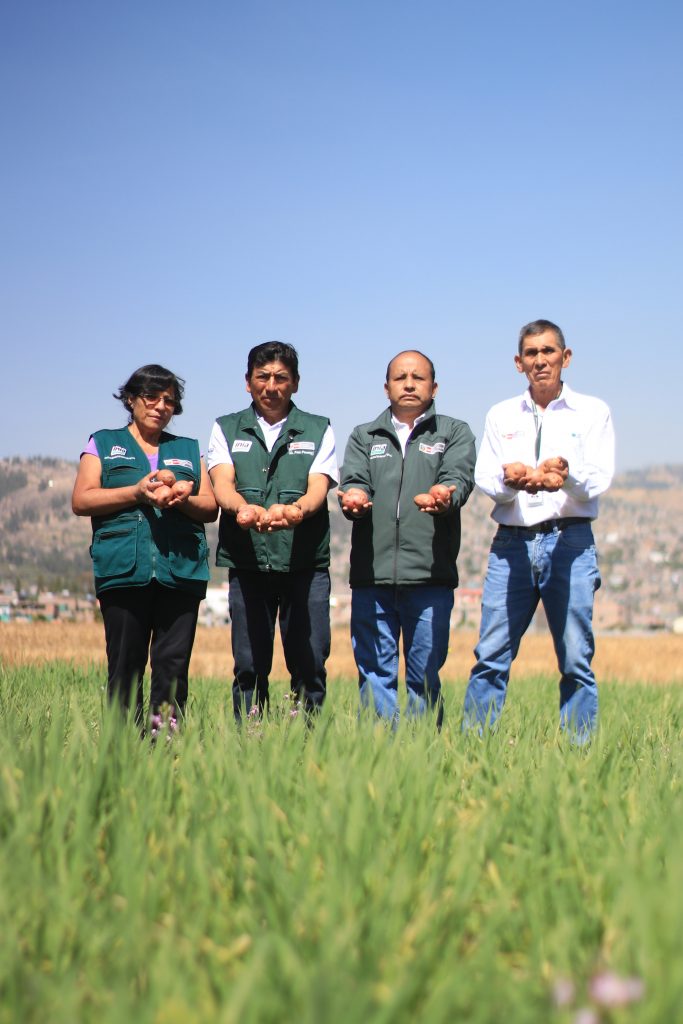 The potato is one of Peru’s most important crops, but it is prone to many diseases. After twelve years of research, the papa roja ayacuchana (Ayacucho red potato) has demonstrated a genetic resistance to late blight while offering a high yield and excellent culinary qualities.

Late blight is one of the most serious diseases for potatoes around the world, with the ability to wipe out entire crops. Agronomist Máximo Morote began thinking over this problem, the scourge of so many farmers, when he started to research the topic at the Canaan Experimental Agriculture Station in Ayacucho, run by the Peruvian National Institute of Agricultural Innovation (INIA).

“I was determined to solve this problem, because it’s such a serious one for rural farmers,” says Morote, who is responsible for the new potato varietal INIA 316-Roja Ayacuchana, the result of twelve long, patient, and tireless years of research.

He is proud of this accomplishment, but he remains just as humble as when he was a university student working at the Ministry of Agriculture as a security guard.

The Ayacucho red potato was evaluated in different parts of the Ayacucho region, at altitudes ranging from 2,100 to 3,900 meters (about 6,900 to 12,800 ft.) above sea level. This potato’s potential lies not only in its resistance to late blight and other viruses, but also its high yield, making it a very productive crop, says the 65-year-old scientist, who was born in Ayacucho. It also tolerates frost and drought. Its yellow flesh is great for culinary use (it tastes delicious when fried) and it can be stored for long periods (up to four months, while other varietals typically last two).

This varietal—the result of research and contributions made by participating farmers and the International Center for the Potato (CIP)—is adaptable to the agroecological conditions of the southern, central, and northern highlands of Peru. In fact, seeds were recently sent to both the north and to Arequipa.

While people have been eating the Ayacucho red potato since 2010, not many are familiar with all its virtues, says Máximo, who is still doing research. When he isn’t working, he is pursuing his other passion: playing charango, guitar, and accordion. His greatest dream is to help alleviate those problems that most affect rural farmers.